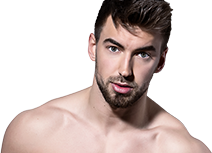 Red Flags To Watch Out For On A Date

The beginning of every relationship is confusing and full of mixed messages that could be translated a million ways. Sometimes you really like a guy on the first date, but you can’t quite figure out why you know he’s not enough for a second date. This gets even harder to decipher when the guy is hot af. Here’s a few red flags that you want to look out for when you’re setting up a date - or sitting through one.

Every time a guy can’t host he must have a reason why, otherwise why not? It’s probably that your suitor has a boyfriend waiting for him at home, or a mess that he knows is almost unliveable. If he doesn’t feel comfortable even opening up to the possibility of you coming over, run! It could mean that he has a crazy roommate or a pile of dogs, neither of which are ideal.

2. He Talks Too Much About Himself

Unless he’s really nervous, talking only about himself probably means he’s thinking only about himself too. Everyone can go to a coffee shop and tell someone their life story, but it’s harder to find someone willing to listen. If he genuinely likes you, he will be interested in what you have to say and how he can get to know you better. He should be responding to what you’re saying, not waiting for you to finish talking.

3. He Leaves His Phone On

He can have his phone on, but he shouldn’t be interacting with it more than he interacts with you. If you spot a Grindr notification just head for the door because there’s someone waiting in line behind you. We all have a fruit fly who totally disappears when she gets a new boyfriend; your future significant other should be doing the same with all his contacts if he really likes you.

4. He’s Rude to Staff and Strangers

If you catch him acting less-than-impressed with the waiter or being a bully to the bartender, that’s probably just how he treats people. Now’s your chance to see what he’s like with everyone and not just the person he is trying to impress. If left ignored, you’ll end up introducing him to your parents over lunch only to have them witness him accosting a crying busboy.

If you were to find yourself learning about the deepest and darkest moments in someone's past over salad in a crowded restaurant, you’d be right to feel uncomfortable. If someone feels the need to share this much it’s either a disclaimer or a lack of boundaries. Heed the warning and head the other way because if they are willing to share this much about themselves just wait till they start learning about you.

6. He Moves Too Fast

Now, I don’t mean if he’s open to a hook up on the first date, because that’s never a bad thing. I mean if he’s trying to “lock you down” too early for your own comfort. If your date is looking to define the relationship before you’ve met or after only a few dates, he’s probably dating for the wrong reasons. Men will only do this if they are too insecure, or if they are antsy to take off the mask they have been wearing.

7. They are Financially Irresponsible

When I was a young barista, I once went on a date with a hairdresser to literally the fanciest meal of my life. I don’t drink wine or eat seafood but for the first time I was showered with all the luxuries of fine dining. But when it came time for Date Number Two he had just as fancy of a place in mind and I began to wonder where all this money was coming from. If your date has a mediocre job and elite taste than you better bet your ass you’ll be marrying into some serious family debt.

8. He Brags in the Vaguest of Ways

If your date picks the perfect words to make it sound like he’s something he's not, without technically lying, he’s a liar. I once dated an “ambulance officer” for literally months before I found out that he was a 911 operator and not a paramedic. In his defense he wasn’t technically lying, but imagine my surprise when I visited him at work to find him behind a desk. I’m sure that at the time it seemed like a good idea to him, but sooner or later someone’s gonna find out the truth. Whenever he makes a vague statement about himself that sounds impressive, ask him for details and watch if he squirms.

9. They Are Too Dramatic

Life is dramatic enough without you having to add someone else’s rollercoaster of emotions to the mix. If they are full of stories about how their innocent actions led them to be attacked with a tornado of drama, they just might be the tornado. Dramatic people never think that they are the cause of the drama, so it’s hard to spot a shit disturber when you meet one. If left unnoticed you can bet for a fact that they are going to turn your whole relationship into a reality TV show full of recaps for your mutual friends.

These tips are really just guidelines for you to consider, more than a rulebook for you to follow. I’ve had an excellent time with guys who’ve shown all of these qualities and I am alive to tell the story. The last thing you want to be doing on any date is going through a list of reasons not to trust him, otherwise he’s going to see you as a red flag too.